for choir and orchestra 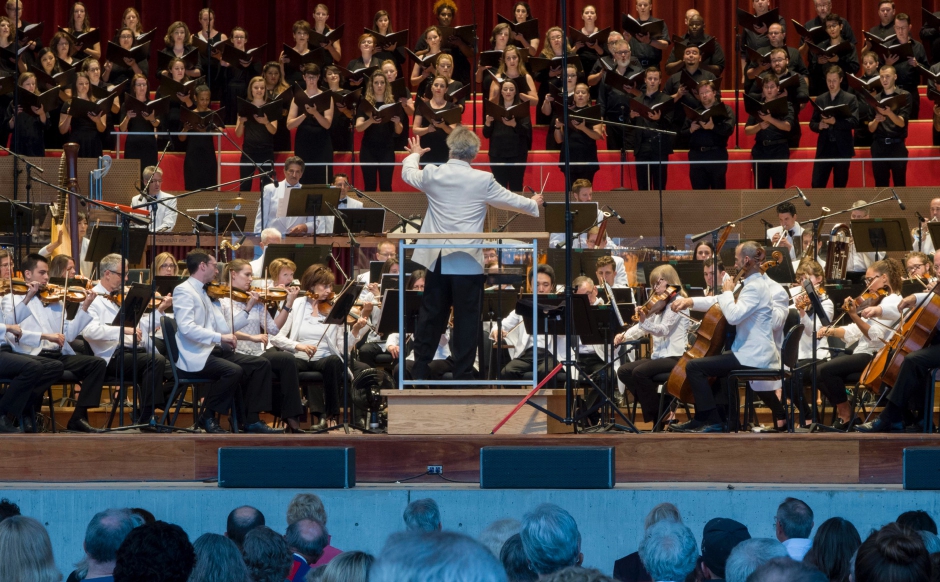 Scored for chorus and orchestra, this multi-movement, nearly half-hour work takes the Pleiades star constellation as its theme and uses myths from native American cultures. The Pleiades was commissioned by and premiered at the Grant Park Music Festival, Chicago’s annual ten-week classical music concert series.

The Pleiades star cluster has triggered the imagination of people for centuries and gave me an excellent subject. Clearly visible to the naked eye, the Pleiades can be seen in almost every part of the world at some time during the year. Important as a practical navigational marker in ancient times, especially for sailors, the seven brightest stars have a huge significance when it comes to cultural identity. They have been described as the Seven Sisters of Greek mythology, daughters of Atlas and Pleione. They are mentioned in the Bible and revered in Hindu mythology as Kartika, the mothers of the war god Skanda. In the Hawaiian language, they are Na hiku o Makali’l, the Seven Little Eyes, and in Maori are known as Matariki and thought of as a mother and six daughters. In a Polynesian legend, the stars were created from a single star smashed by the god Tane, angry at its bright boastfulness.

The celestial appearance and disappearance of the Pleiades is still seen as a calendar marker. For the Zuni of New Mexico, the Pleiades are known as the Seed Stars because their springtime disappearance starts the planting season. Similarly, their appearance to the south African Xhosa means it is time to begin working the soil. The Khoikhoi of southwest Africa call them Khuseti, the Rain Stars, because their appearance brings the rainy season. This time-marking was also used by Bronze Age Europeans, for whom the Pleiades were associated with mourning; the Celts saw the stars as the entrance to the Otherworld.

In my piece, I have set stories from the cultural heritage of the first native American Pawnee, who call the Pleiades Chakaa, as well as the Zuni people. Another Native American myth tells the story of seven dancer boys spinning right off the earth. I found a love story from the South American Nez Perce tribe explaining how one of the seven stars is forever less bright; for the Inuit, the stars are the result of a pack of dogs chasing a bear and falling off the edge of the world. Like so many people before me, I have been inspired to write a musical story. I am certain I will not be the last.

The Pleiades is the latest addition to a stream of compelling new music from the Baltic nations, out of which Ešenvalds is emerging as perhaps the world’s hottest young choral composer. His popularity is not hard to figure out, given the accessibility and sheer beauty of his expertly crafted choral and orchestral writing. The quiet spirituality of his choral pieces hovers between mysticism and pantheism. … Ešenvalds writes with great sensitivity and awareness of how to use choral voices to convey acute subtleties of textual expression most effectively, over orchestral writing no less subtle and colorful. … Many symphony choruses across the land surely will want to perform The Pleiades on their own. (John von Rhein)