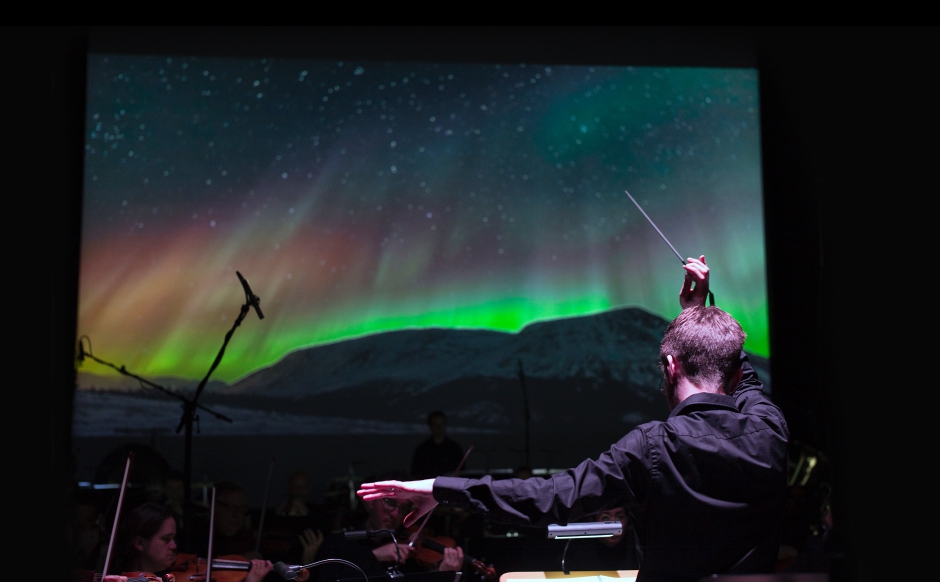 Nordic Light is a multimedia work dedicated to the aurora borealis, the largest optical phenomenon in the Earth’s atmosphere. It tells the story of the Northern Lights through the folklore of Nordic peoples from Greenland, Iceland, Alaska, Siberia, Norway, Finland, Karelia, Estonia, and Latvia. The multimedia symphony combines chorus and orchestra with pre-recorded audio and video projections of storytellers and musicians as well as film sequences by Norwegian ‘aurora chaser’ Kjetil Skogli. The work is the result of a project that spanned three years and which included expeditions to the Arctic region, research in the university libraries of Cambridge and Tromsø, and interviews with leading aurora researchers and folklore experts.

Nordic Light was premiered as part of the cultural programme of the Latvian Presidency of the EU in 2015 and won the Grand Music Award of the Latvian Ministry of Culture for best staged work. It has subsequently been performed in the US, Canada, Germany, and Lithuania. The documentary film Nordic Light: A Composer’s Dairy directed by Renārs Vimba, which follows the composer on his expeditions and documents his research and creative process, has been screened in the US, Canada, and Latvia. In 2018 the Nordic Light Festival, organized by The Adlers Agency and the Orpheus Choir of Toronto, won the Choral Canada Outstanding Innovation Award. The two-week long, four-city tour included public workshops, lectures at universities, Q&As with the composer as well as the Canadian premieres of the symphony and the documentary film.