for mixed choir and metallophones/campanelli 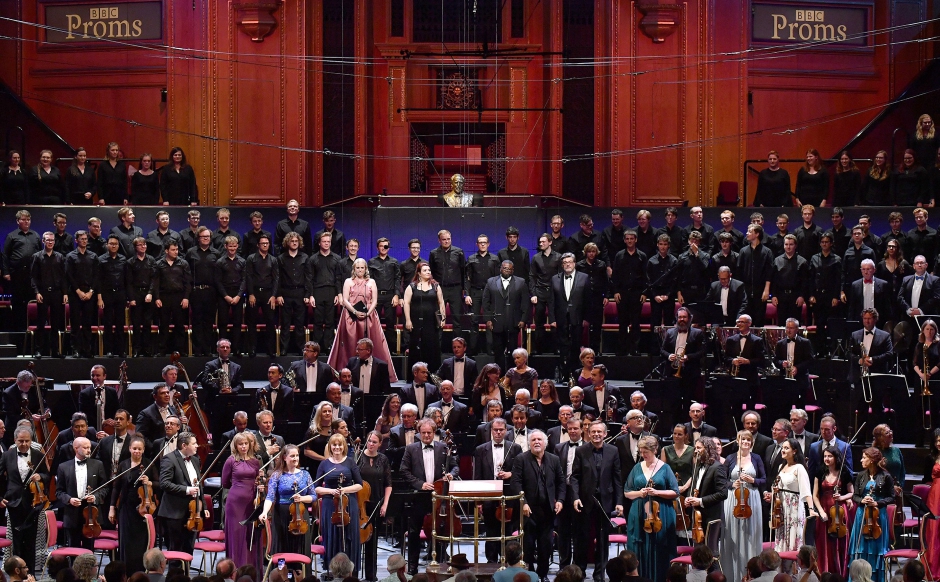 A Shadow is an eight minute setting of Henry Wadsworth Longfellow’s (1807–1882) poem of the same name, which expresses the feelings of a father who knows he is unlikely to see what will come to pass in the lives of his children. This First World War-themed work was premiered at the 2018 BBC Proms, the UK’s major eight-week classical music summer season festival.

Ešenvalds’ setting of the poem includes moments of dramatic and exclamatory questioning, of flowing passages denoting the enjoyment in life, and softer moments of calm contemplation. He uses the crystal-like sound of metallophones played by some of the singers to represent the unchanging flow of time.

Commissioned for and performed by the BBC Proms Youth Choir under the direction of Simon Halsey, A Shadow was the opening performance of Prom 9: War & Peace in the Royal Albert Hall, which celebrated the centenary year of the end of the First World War. It also featured Beethoven’s Symphony No 9 and Britten’s Sinfonia da Requiem, performed by the World Orchestra for Peace and conducted by Donald Runnicles.

Longfellow’s sonnet muses on how humanity survives, although the generations pass like shadows. Ešenvalds beautifully evokes that in numerous ways: chords shadow the harmonies that follow; chime bars, struck by the singers, shadow the vocal lines at a distance, and finally, magically, the singers whistle rather than give voice to their lines in a choral fade-out perhaps knowingly ‘shadowing’ Holst’s The Planets. Brilliantly sung under Halsey’s direction, the work made an immediate and powerful impact. (Richard Morrison)

Saturday evening’s Prom contained many good things, beginning with a touchingly radiant new piece from Latvian composer Ēriks Ešenvalds on a poem by Longfellow, meditating on the endless passing of the generations. Its message that we should always have faith in the latest generation was given an apt fervency by the BBC Proms Youth Choir. (Ivan Hewett)

In a further concert that day, the 41-year-old Latvian composer, Ēriks Ešenvalds, also showed, with his BBC-commissioned A Shadow, a setting of Longfellow, how it is still possible to conjure an arresting originality in fewer than ten minutes, this time with choral forces alone (aside from some metallophones played by the choir), using the kinds of tonal materials often derided as capable of producing only clichés. Opening this programme, the BBC Proms Youth Choir performed the Ešenvalds alone, brilliantly and from memory, under Simon Halsey. (Keith Potter)