Reviews: The Pleiades and Visions of Arctic: Night 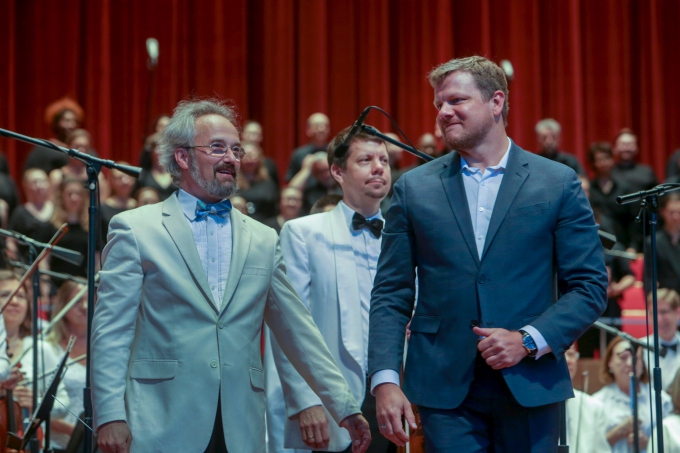 ‘The Pleiades is the latest addition to a stream of compelling new music from the Baltic nations, out of which Ešenvalds is emerging as perhaps the world’s hottest young choral composer. His popularity is not hard to figure out, given the accessibility and sheer beauty of his expertly crafted choral and orchestral writing. The quiet spirituality of his choral pieces hovers between mysticism and pantheism. … Ešenvalds writes with great sensitivity and awareness of how to use choral voices to convey acute subtleties of textual expression most effectively, over orchestral writing no less subtle and colorful. … Many symphony choruses across the land surely will want to perform The Pleiades on their own.’
— Chicago Tribune (John von Rhein)

‘… an approachable work that is fundamentally tonal and romantic in spirit. Its gentle dissonances have newish sparkle, even as the whole seems quite singable and speaks directly to the heart in the manner of centuries-old English cantatas, carols and hymns.’
— Chicago on the Aisle (Nancy Malitz)

MusicWeb International’s Richard Hanlon reviewed Visions of Arctic: Night, featured on the Recording of the Month Liepāja Concerti Vol I by the Liepāja Symphony Orchestra and conductor Atvars Lakstīgala on Odradek Records: ‘Ešenvalds here fashions a quite magical evocation of sky, one quite unencumbered by cliché. … I have been repeatedly touched by the sonic imagination of this composer, which is apparent in so much of his choral output. However, with Visions of Arctic: Night I suspect Ešenvalds has reached another level. … the Ešenvalds [concerto] is unquestionably a masterpiece.’