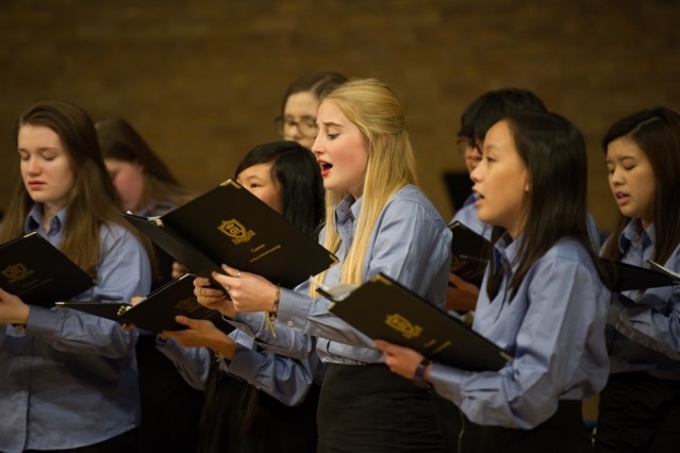 On December 10, the senior choirs of St Mary’s School in Cambridge, Allegro and Cantore, and Director of Music Emma Fisher will give the world premiere of Ēriks’ new work There is no Rose. Composed for two upper voice choirs and piano, and based on a medieval text, the work was commissioned to commemorate the 120th anniversary of the School and will be premiered during the School’s Christmas Concert in the West Road Concert Hall in Cambridge.

Founded in 1898, St Mary’s School is the leading independent day and boarding school for girls aged 4–18 in Cambridge. The school is part of a network of almost 200 Mary Ward Schools, whose ethos are rooted in the vision of Catholic nun and pioneer of education for girls the Venerable Mary Ward (1585–1645).