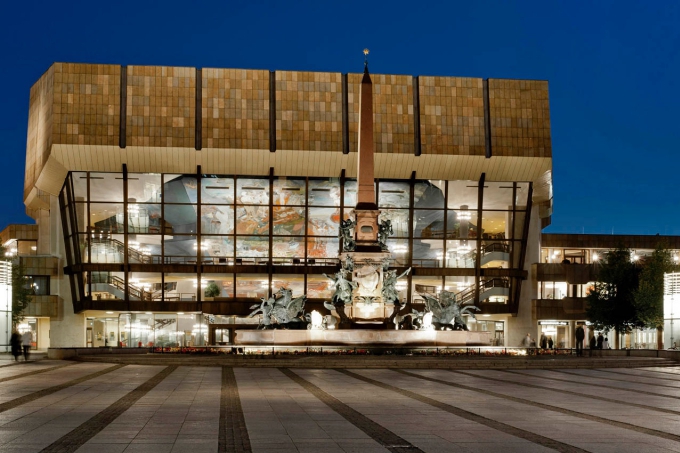 On March 4, two premieres of Ēriks’ new works will be performed on either side of the Atlantic. The Cathedral Choral Society and guest conductor Donald Nally will perform 85: When the Leaves Hang Trembling in Washington DC’s National Cathedral, a work for choir, organ and solo cello. On the same day Dreams Under Your Feet, a 30 minute work for the Gewandhaus Choir and Children’s Choir accompanied by musicians of the Gewandhaus and all conducted by Gregor Meyer, will premiere at the iconic Gewandhaus in Leipzig.

On March 10, the Latvian National Symphony Orchestra (LNSO) and conductor Māris Sirmais will perform the premiere of the Volcano Symphony, Ēriks’ second multimedia symphony exploring natural phenomenona. It follows the Nordic Light Symphony (2015) dedicated to the aurora borealis, which has been performed in the US, Canada, Germany, and Latvia. Aside from the new work, the concert programme also includes choral works as well as Ēriks’ stories from his expeditions to volcanic areas in the US, Hawaii, and New Zealand, and his research on volcanic mythology from around the world.