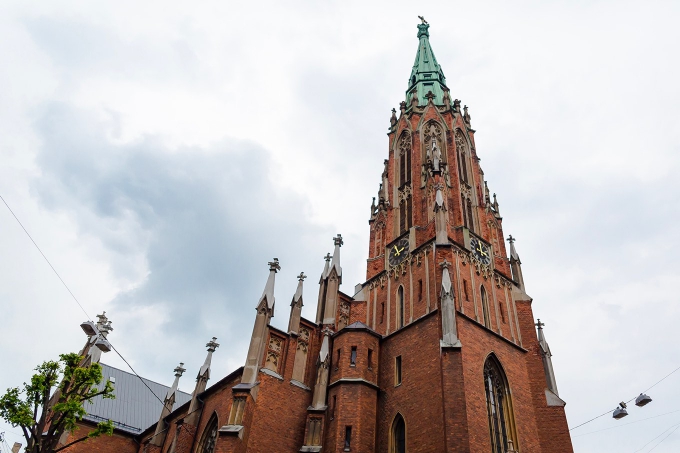 On Saturday 15 June the concert ‘For Suffering and Hope’ will be held in Riga’s St Gertrude Old Church as part of the church’s 150th year anniversary programme. The concert is dedicated to the commemoration day of the victims of the 14 June 1941 Communist terror, when the Soviet occupation regime deported around 15,000 people from Latvia to Siberia, regarding them as ideologically opposed to the Soviet system.

The concert is performed by the church’s organist Kristīne Adamaite, soprano Gunta Gelgote and saxophonist Artis Sīmanis. The programme features works by Latvian composers including Alfrēds Kalniņš, Jānis Kalniņš, Pēteris Vasks, Juris Karlsons, and Aivars Kalējs. It includes Ēriks’ 15-minute work Songs of David for soprano solo, alto saxophone and organ, which was commissioned by the trio in 2008, as well as O Salutaris Hostia.